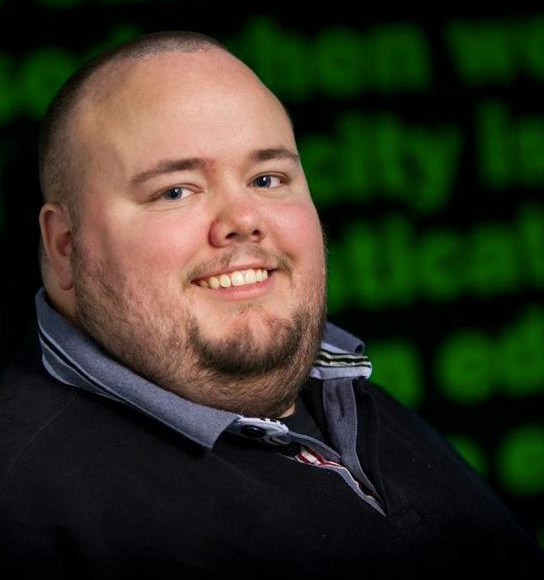 I am currently situated in Copenhagen, Denmark, but I often travel to other parts of the country, I am very flexible and offer both onsite and remote freelance services. Even before Covid 19 I was a very experienced and effective remote worker!

2018-2020
Novicom A/S provide a complete digitial signage solution for customers worldwide. A key-piece of this solution is a small embedded platform running a Linux distribution which I have designed on basis of Ubuntu 20.04 LTS.

Besides from designing the system I also made a build-environment that creates the systems from a plain Ubuntu 20.04 LTS image into a final solution that can be transferede onto a solid state drive and install directly in the hardware before it gets shippet out to the customers, this includes .

The system contains features such as Network and Wifi management, Remote administration and support, display and audio hardware management, automaticly download, start and display of content from a central server, webinterface accesible from noth the physical display and remote through a webbrowser, and finally the entire system can be upgraded remotely without any kind of user-interaction..

Technologies: Linux, Python, PHP, Bash, MySQL, XOrg, Ansible, KVM/QEMU, Virtualbox, SystemD, Grub, Netplan, WPA Applicant, Wifi, Networking, Over the air updates.
2019-2020
Finn Frogne A/S have been designing and building hard- and software for taxi businesses since the early eighties. I have been working as a Enterprise Software Architect with my main focus on REST API's, Mobile Applications, security and high availabity. Functioning as an architect I had to coordinate between products owners, team leaders, software developers and management in order to make demands, wishes, current systems and the technology meet in the most effective way.

Technologies: Linux, PHP, MySQL, MySQL Profiler
2019
Planway Aps is a software company who provides online booking software, I helped design a backup solution that would enable the company to perform backups every 10th minute all around the day, in order to keep data-loss at a minimum in case of total system failure.

Technologies: BackupPC, Rsync, MySQL, MySQL Profiler
2018 - 2019
Offbeat Media ApS is a small marketing company in the rural region, who creates websites and other kinds of online marketing for local clients, I function as the technical assistant for the company and assist with technical challenges that they cannot handle themself. Mostly regarding hosting, security and WordPress.

Technologies: Linux, Wordpress and PHP.
2014 - 2019
RentalTrax ApS is a Danish company providing software for rental companies worldwide, I have been in charge of deploying a load-balancer and implementing backup on the servers of the company.
I have also been developping different integrations and API solutions during the last year, among others I designed and implemented their entire client API.

Projects I did for RentalTrax: Technologies: Linux, Ansible, HAProxy, Nginx, Backuppc, Rsync, SSH, Wordpress, REST.
2018
InterGastro A/S is a company selling industrial kitchenware to restaurants and cafes across the country, I did all the technical configuration of a business to business webshop, which made sure that the resturant-rep could only order spareparts that fits their current equipment.

Technologies: Linux, Wordpress, MySQL, MySQL Profiler
2018
Pon IT Coorporation is a Dutch collection of companies within lots of different industries, for this company I help service one of the MySQL servers in their main organisation who have had som performance problems.

Technologies: Linux, MySQL, MySQL Profiler
2018
LincoFood A/S / Baarder Group A/S is a Danish company who produces equipment and software for poultry processing plants, they have developped a large training platform using Wordpress as one of its main components.

I've helped design and maintain their hosting environment and to optimize and secure the platform itself.

Technologies: Linux, Rsync, Wordpress, MySQL, MySQL Profiler
2017 - 2018
DLX A/S is a danish hosting company for which I have been doing hosting automation, dnssec support for their dns servers and other assignments alike.

Technologies: Bind, PHP, FreeBSD, MySQL
2016
Sol.dk / CM Consult A/S as an external consultant I helped optimizing their hosting-platform, and I provided valuable advise regarding a soon to come upgrade of their entire code-base and hosting platform.
Technologies: Linux, HAProxy, Pound Load Balancer, NFS Kernel server, Citrix Xenserver, SSH Tunneling, Apache2, Drupal, Mysql.
2015
Mermaid A/S a company doing digital signage for the comute industry, I had to take over from an engineer who left the company with short notice.

My primary task was developing a realtime positioning system driver for one of the companys bigger clients, Movia A/S, which is the primary provider of public transportation in the Capital area.

Mc Donalds Denmark, as an external consultant with McDonalds Denmark I was the lead developer behind their new Country-Wide intranet, used for training, human resourced and quality control.

The solution was developed as a Linux, PHP and MySQL solution on top of Wordpress with a lot of custom code and third party plugins to fit our purpose. The solution received great feedback from upper-local management.

Dansk Retail Services sells software solutions for the retail industry, I have been hired as a consultant to assist in the process of securing and auditing one of their applications using Windows .NET Framework.

Auditive Network / SoundSource develops in-shop sound and video solutions, their nation-wide music-distribution system have been hosted by my company for years now, and we have just now been hired to assist with securing the system and prepare the system for large scale deployment, using Linux, Apache, Mysql, Memcache.
2014
NovoZymes A/S, as an external consultant I was appointed to reverse engineer a database and statistics system. The data contained several 100 gigabytes of research results, that had been gathered over the past 10 years. My job was to document the systems, since knowledge of the system had been lost over time, and to upgrade it to modern standards. The system was build with classic PHP4 and MySQL.

DanaWeb A/S, the largest web bureau in Denmark, I was hired as an advisor on building their new Wordpress mass-hosting-cluster setup.

KK Electronics, I was hired as a consultant to develop and implement monitoring and alerting on the companies worldwide IT Infrastructure on a lot of different devices ranging from printers and routers to windmills and international fiber-connections. The implemented solution facilitated Linux, Debian, Ubuntu, Nagios, PHP, Python, Visual Basic, Gnokii, MsSQL, Excel, Windows Active Directory,VMWare and redundant Hardware SMS modems.

CityWify, I had the responsibility for building the network of this danish Internet Service Provider who provided wifi connectivity in exchange for permission to show advertisements on the users device.

I worked with both routing, network infrastructure, add injections, logging, captive web portal and deployment routines. We used technologies such as squid, Varnish, ISC Dhcp, PHP5 and Python.
2013
Cypax, search Engine Optimization, Hosting consulting and in general optimizing and trimming a lot of IT systems for this danish company who's primary business is import and sales of electronics supplies.

Base1 is the largest Real Estate Agent in Copenhagen, we changed the backend from a custom made ASP Classic solution with an access database to a PHP, MySQL and Wordpress based backend, combined with a custom made PHP system for receiving estate postings and displaying them, the system had several different integrations danish realtor systems.
2012
IKEA, Pandora Jewelry and Carlsberg we hosted several Facebook application for these companies, the demands from Facebook at the time where so high that we had to set up a special high-performance server with SSL and full-uptime monitoring.

Clio Online ApS for Clio we made a geo-redundant hosting-cluster to handle the daily load from 100.000 concurrent users from all danish ground schools all across the country.

We used the following for the cluster: We outperformed the earlier platform with a factor 5, despite of fever servers and cheaper monthly fees, and the former supplyer was one of the largest danish Typo3 consulting companies.

City Call Center drift and Booking we made a booking portal http://www.mipany.dk which handled the booking process for their shared meeting room in the shared office space, besides from that we had the responsibility for the SMS server which their call-center used to inform clients of meetings. We used Wordpress, PHP, Linux and MySQL.
2011
We made several small and large solutions for a lot of different companies this year. For Internexium ApS we produced a social media platform which was sold to the American Defense Agency, which was deployed in Afghanistan and is today operational. The platform uses both SMS and Web to help users communicate.
2009-2010
System administrator with the local Internet Service Provider ComX which was the first danish ISP to provide fiber-to-home. My assignments where monitoring and error handling on Routers, Switches, Asterix, voip, iptv and annalog television.
2008-2009
Papeer International Aps, as Lead Developer with Papeer I worked primarily with the company database solution that at the time had 50 Gigabytes of data, and over the first year it grew to about 100 Gigabytes.
Besides of that I had the responsibility of the Ukrainian department of developers which we hired to support our danish department.
Primary responsibility was sourounded by PHP Development and Linux Administration.
2004-2009
SpecialHosting Aps: We had a number of large hosting customers and 4 employees we where delivering high performance solution for companies like: TV2 A/S, Easyfilm Aps, TV3 A/S, MobileMarketing ApS, Radio Skive ApS, several different banks, Web bureaus, web shops and similar smaller websites and companies.
2004-2008
MC Solutions: In the end of 2004 I founded my first company, where we specialized in PHP Development and hosting. We had no money so the business had to grow organically. When the company peaked we had 6 employees and a number of interns.

I live in the city of Copenhagen I like nature, photography and music, both as a listener and as a performer. I am also very passionate about entrepreneur ship, I love to se things appear out of seemingly nothing and watch them grow while either being the main power behind driving this growths or be part of this.

The past few years I have used most of my sparetime on old computers, i am a volunteer with the Danish Computer Museum in Ballerup where we preserve and document the Danish IT History, besides from that I run a small YouTube channel where I entertain with and educate about IT History in general.